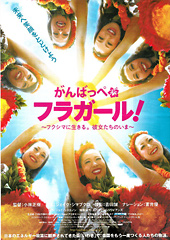 Iwaki City in Fukushima Prefecture was severely damaged by the Tohoku Earthquake that occurred on March 11, 2011. The Super Resort Hawaiians in Iwaki which became very familiar to many of us from the 2006 movie “Hula Girl” was also damaged heavily. Although they were victims of their own personal disasters, the ladies of the resort decided to continue dancing by organizing “The National Hula Girl Bonding Caravan.” The hula girls continue to dance as they have in the past with smiles on their faces. This documentary pursues the four months that the girls were on the road during their caravan.

Kono Sora No Hana: The Story of Nagaoka’s Fireworks 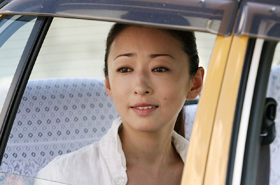 Reiko has received a letter from her former lover that I have not heard from in many years. It was these words that led her to visit Nagaoka. “Please come and see the Nagaoka Fireworks. This is not a matsuri, not a festival. They are a prayer for those who have died from air raids of World War II and earthquakes. The Nagaoka Fireworks honor and mourn our people.” She has miraculous experiences , is hurdling over time, the past, the present and her future during her journey. 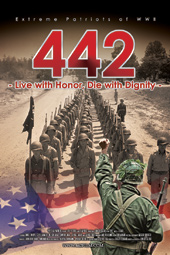 This documentary is about the highly decorated men of America’s 442nd Regimental Combat Team, a special Army unit comprised of Japanese American men during World War II. It reveals the truth and the anguish of the Japanese American men who volunteered to go to war against their parents’ fatherland of Japan. Their live testimonies speak of great glory and sadness. The story reveals the emotional conflicts of these courageous men who were torn between two home countries they loved.

Wanko – The Story of Me, My Family and Rock – 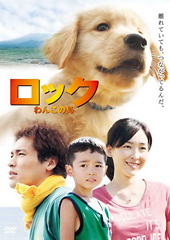 The Noyama Family, along with their puppy Rock, provide lodging in their bed & breakfast, Taiyo (Sun), for travelers on Miyake Island. The Noyama Family decide to evacuate the island in 2000 immediately after the volcano eruption but cannot find their dog Rock in the process. The family begins their refuge life in Tokyo with hopes that they will return to their home some day and that Rock will be safe and alive.
This is a true story about a boy and his dog, depicting strong family bond. It is a story of believing in miracles and deep emotions.

WANKO -The Story of Me, My Family and Rock- Official Website
http://rock-wanko.com/ (Japanese)