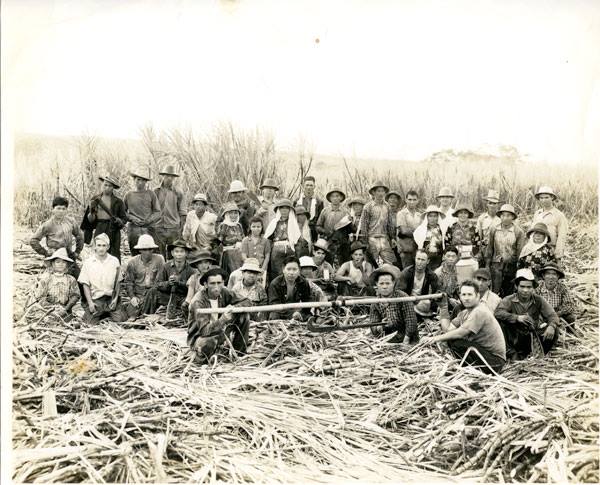 A photographic exhibit covering the history and culture of Japanese Americans in Hawaii will be on display at the Honolulu Festival, as part of the Educational Program in support of the sub-theme “Harmony over the Ocean, Journey to Peace”.
It has been shown in several locations in Japan in 2017 with warm responses from the Japanese public. The narrative text and captions are in Japanese and English.
In 2018, the exhibit is planned to be shown around the State of Hawaii jointly by the Nisei Veterans Legacy and the Japan Consulate of Honolulu as part of the 150th anniversary celebration of initial Japanese immigration to Hawaii. The Honolulu Festival will be its first venue in Hawaii.
The exhibit covers the initial immigration of Issei (first generation immigrants) from Japan in the late 1800s to modern day Hawaii, showing how the Nikkei (overseas Japanese) in Hawaii have merged their Japanese cultural values with the blend of cultures in Hawaii.
Prominent Japanese Americans from Hawaii are displayed along with the prefectures in Japan that their ancestors emigrated from.
The intent of the exhibit is to educate people on the story of Hawaii’s Nikkei and to promote goodwill between Japan and the United States through deeper understanding of the cross-cultural values and customs between Japan and Hawaii.