The Honolulu Festival Foundation have decided that “SUKIMASWITCH Special Mini Live” scheduled for the evening of March 7 at Hawaii Convention center, to be canceled.

The Honolulu Festival(hosted by Honolulu Festival Foundation) is Hawaii’s premier cultural event aiming to cultivate diverse culture and friendship among Hawaii and all over the world. Next year will be held on March 6 Friday to 8 Sunday.
The Honolulu Festival started in 1995 and each year, they attract thousands of new and returning spectators who are looking for an experience unique, or to learn multi-diversity of Hawaii. 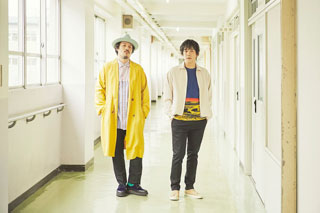 Ōhashi’s musical duties include vocals, guitar, and harmonica, while Tokita plays piano/keyboards, numerous other instruments, and oversees overall production. Most of the other instrumentation heard on their albums is handled by guests and studio musicians. In this sense, their band structure and chemistry could be compared to that of the American group Steely Dan. Their style is very heavily jazz influenced (another similarity with Steely Dan), yet it retains core pop elements and catchy melodies that have proved popular with Japanese audiences.