The Honolulu Festival Foundation offers an educational exchange program for State of Hawaii high school students to travel to Nagaoka City in Niigata Prefecture, Japan. This year, Kaimuki High School was selected to participate in the five day program giving four students and a teacher the opportunity to travel to Japan in February 2019.

While in Japan, the students were immersed in the Japanese language and culture for the first time as they traveled around Tokyo and stayed with their homestay host families in Nagaoka. The program included visits to the Yukishika Snow Festival, Admiral Isoroku Yamamoto Memorial Museum, Nyozezo Museum and the Nagaoka War Damage Exhibit Hall which many felt it deepened their understanding of peace as they learned the history between Nagaoka and Honolulu’s relationship during the war. The students met with Nagaoka students for a discussion on peace, performed at a Cross-Cultural Get-Together party and viewed the fireworks show. 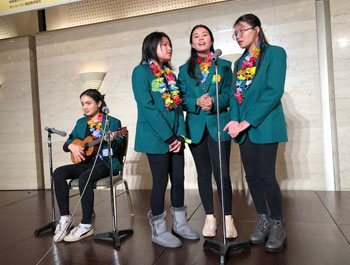 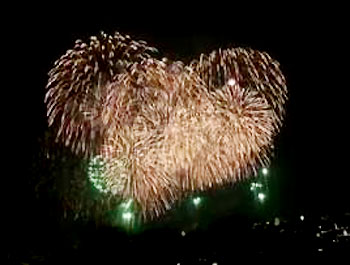