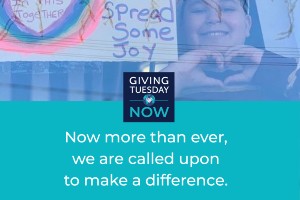 Support our mission with Giving Tuesday on May 5.

The Honolulu Festival Foundation participating with Giving Tuesday on May 5. Please help support our mission. Your valuable donation will go towards our educational programs and help support and perpetuate the multi-cultures of the world through our annual Honolulu Festival. Won’t you please support us?https://www.honolulufestival.com/en/donation-policy-2/ Sake & Food Fest to be held during the 26th Honolulu Festival

Spreading the Japanese sake culture from Hawaii to the world A long-awaited Sake & Food Fest will take place in Hawaii Convention Center on March 7 (Sat.) and 8 (Sun.). Japanese sake, which refers to not only rice wine but also shochu and awamori (Okinawan alcohol), is a part of unique Japanese culture. With its mission to facilitate cultural exchange in mind, Honolulu Festival will host the Sake & Food Fest in order to introduce the appeals of sake, as well as delicious food to be enjoyed with, to people from around the world. The event is split into two areas: In the Learning Zone, you get to know the history of sake in Japan displayed on large panels. The panels also feature the history of sake making in Hawaii. Sake has been around in Hawaii since the 1880s, and it is documented that King Kalākaua had a taste of it. Although sake was an imported luxury back then, Japanese immigrants succeeded in brewing their own sake in Hawaii a few decades later, and sake breweries started popping up on Oahu and the Big Island. The Learning Zone exhibitions will tell you the little-known history of hard work and efforts that were put into making sake in Hawaii. Another exhibition introduces 3 different types of sake (rice wine, shochu and awamori), as well as their ingredients and distillation processes. There is also a chart of various types of sake categorized based on their flavors, so that you can pick your favorite along with food pairings. Just like how you learn to pick your food according to your choice of wine, the exhibition will improve your “sake literacy.” There are also brochures prepared by the Japan Sake & Shochu Makers Association, as well as video clips on sake making. After you get to know your sake better, it’s time to taste it! in the Experience Zone, four popular breweries from Japan share the appeals of their sake at their booths: Sanwa Shurui (maker of Iichiko), Takahashi Shuzo (Shiragaku Shiro), Kikusui Shuzo (Kikusui), and Takara Shuzo (Sho Chiku Bai). There are also other booths where you can have free delicious samples of 68 brands of sake brewed across Japan, from Hokkaido to Okinawa. Don’t miss the re-debut of made-in-Hawaii sake! Sake-making culture in Hawaii, nurtured and protected by Japanese immigrants, has been gone since the last brewery closed its doors 33 years ago without any successors. In this year, however, the Island Sake Brewery in the Kakaako district revived the culture with their made-in-Hawaii sake. Their sake uses fine-quality rice from Omachi, Okayama, and their Junmai Ginjo sake will make a debut at the Sake & Food Fest with limited samples! Next to the sake sampling booths is the delicious food corner that can be enjoyed with sake. You can experience delightful pairings of local dishes and Japanese sake, and get a sense of traditional Japanese summer festivals. [About Sake & Food Fest] Venue: 1st floor, Hawaii Convention Center Organizer: Honolulu Festival Foundation Sponsor: Japan Sake & Shochu Makers Association Dates: 10AM-6PM on March 7 (Sat.) and 10AM-3PM on March 8 (Sun.), 2020 Contents: Exhibition of Japanese sake culture, sake sampling, food on sale *ID with photo is required for tasting *Samples are limited

“Taiko no Tatujin” is a video game series which simulates the traditional Japanese “Taiko” Drum. We will have an exhibition by the winners of the “Taiko no Tatsujin eSports Competition” held in Japan. Be sure to stop by and watch these young champions show off their amazing technique and talent! esports Exhibition Match 3/7 Sat 4:00pm-5:00pm TBA Hawaii Convention Center Main Stage FREE PLAY 3/7 Sat 10:00am-2:00pm TBA 3/8 Sun 10:00pm-3:00pm TBA Hawaii Convention Center 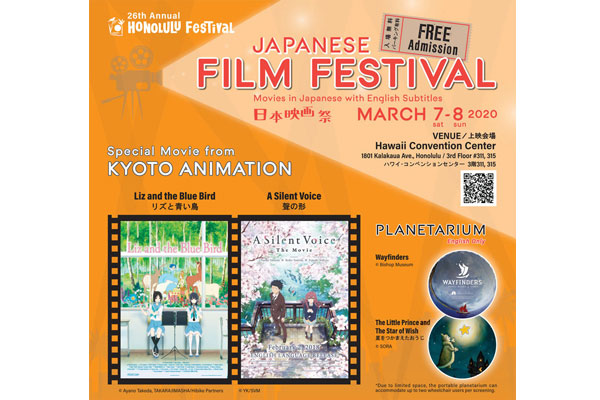 Admission is free for all visitors! Japanese Film Festival!

The inspirational Japanese movies will be shown at Hawaii Convention Center on Saturday March 7 and Sunday March 8. Admission is Free! 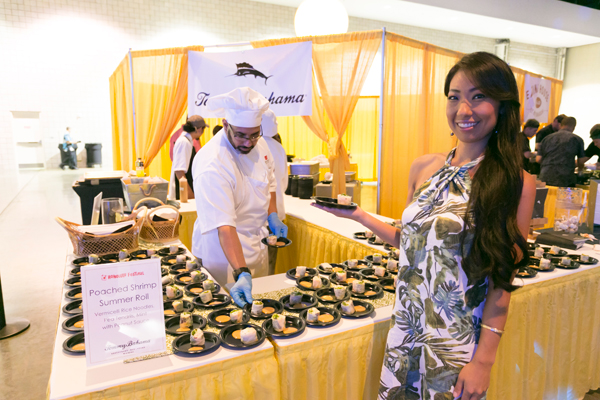 Wayfinders (25min) 3/7(Sat) 10:30am, 12:30pm, 2:30pm, 4:30pm 3/8(Sun) 10:30am, 12:30pm This program puts you on the deck of the voyaging canoe Hōkūleʻa as you explore traditional Polynesian navigation and find your own way to Tahiti from Hawaiʻi. Produced by Bishop Museum in collaboration with Polynesian Voyaging Society and 1001 Stories. The shorter version of our signature show. *Recommended for Ages 8 through Adult The Little Prince and The Star of Wish (14min) 3/7(Sat) 11:30am, 1:30pm, 3:30pm, 5:30pm 3/8(Sun) 11:30am, 1:30pm Long, long ago, a prince lives in a mysterious castle. He wants to catch a shooting star because he really wants his wish come true. He waits and waits for many nights by looking up at the sky, and finally the night sky filled with shooting stars comes. Can he make his wish come true? This is a heart-warming story of a prince who never gives up…… *Recommended for Elementary School Students “Celebrating the Spirit of Ikenobo Ikebana” There will be a floral exhibition by the Ikenobo school on 3/7 (Sat) and 3/8 (Sun) at the Hawaii Convention Center as part of the annual Honolulu Festival. Ikenobo is the oldest and largest school of ikebana. Ikenobo Headmaster Designate Senko Ikenobo will also have her arrangement there along with 140 other arrangers from Japan and Honolulu. Schedule: ・3/7 Sat 10:00am-3:00pm ・3/8 Sun 10:00am-3:00pm Venue: Hawaii Convention Center 3F #312 Admission: FREE Please come and feel the beauty of Ikebana! Putting a smile on the world – Our theatre performance, delivered by the collaboration of children from Japan and Hawaii, expresses a prayer for the peaceful world without bullying, discrimination, and prejudice. For the last 25 years, Honolulu Festival has been involved in creating the opportunities for people of Japan and Hawaii to learn about each other’s history and culture, and facilitating genuine human interactions. For this year’s Honolulu Festival, we are organizing a collaborative theatre performance by the members of JOY Kids’ Theater from Japan and OHANA ARTS from Hawaii, where you can feel the strong friendship between Japan and Hawaii that the festival has helped establish. Please come see our performance that can be enjoyed by people across races and generations. [About JOY Kids’ Theater] Based in Tokyo and New York, JOY Kids’ Theater teaches musical theatre as a lifelong learning experience. Through the power of theatre, we help students from various generations develop skills to flourish as a global citizen. [About OHANA ARTS] For the 22nd Honolulu Festival, OHANA ARTS performed “Peace on Your Wings,” a musical inspired by the story of a girl named Sadako. It conveys the tragedy caused by atomic bombs, and the preciousness of world peace. Performance schedule: *3 shows in total ・2-3pm, 4-5pm on March 7 (Saturday) ・11am-12pm on March 8 (Sunday) Running time: 40 minutes Venue: Liliu Theater, #310 Hawaii Convention Center Admission: FREE As a part of the 26th Honolulu Festival, the special edition for the show features a chorus by casts from Japan and Hawaii. Please come and see our moving performance presented by children from across borders. 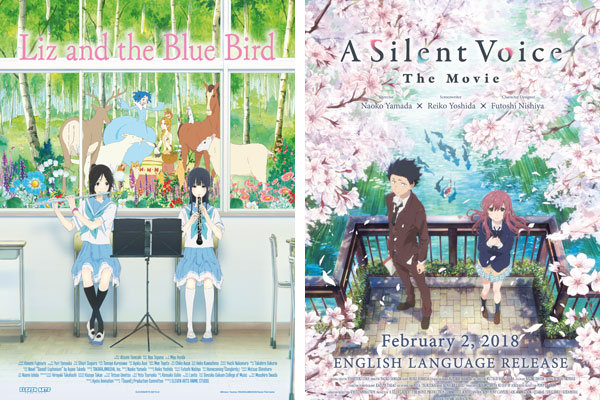 The Japanese Film Festival, co-sponsored by the Consulate General of Japan in Honolulu, will take place at the Hawaii Convention Center on 3/7 (Sat) and 3/8 (Sun) as part of the annual Honolulu Festival. In addition to 4 of the signature Japanese movies, there will be special features of the must-see Liz and the Blue Bird and A Silent Voice by highly-acclaimed Kyoto Animation Studios. Admission is free! Please come and watch movies. Liz and the Blue Bird A Silent Voice 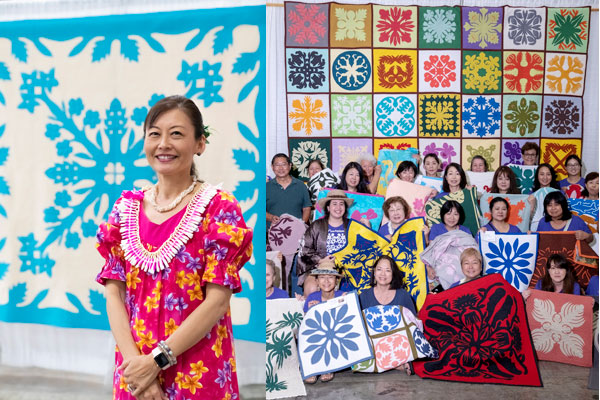 Anne’s Hawaiian Quilt (Anne) Poakalani Quilt Traditional Hawaiian art, Hawaiian Quilt. Appreciate the beauty in the large, symmetrical designs that make Hawaiian quilts unique. It is rare to see such a large collection of Hawaiian quilts in one location. Even when you visit museums and art galleries you may only see a small collection displayed. Stitch by stitch, each quilt is hand sewn with heartfelt care by the quilter. Each quilt exhibits a family’s history, a family’s story, Hawaiian culture and history. Take the time to view each quilt and be captivated by the story each one is conveying.