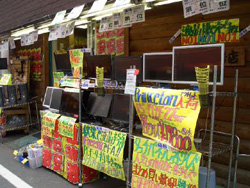 “Akiba” is an abbreviation for the city of Akihabara in Japan. “Akiba-Kei” literally means “Akihabara style” in Japanese which refers to Tokyo’s “Electrical Town”, where it is known for selling electronics, manga, anime and other related goods. Also, “Otaku” can be translated as “geek” or “nerd” in English which is referring to a person who is obsessed about manga and or video game with great attention to detail. Otaku generally refers to men in their 20’s and 30’s that hang out in Akihabara. Many of them are alienated from the mainstream Japanese society due to their unique lifestyles of being obsessed with high-tech gadgets, anime and manga. They are also obsessed with young and cute Japanese idols between the ages of 10-20’s. Those people that are otaku meet the fellows with the same interest to go see their favorite idols in Akibahara. Densha Otoko (Train Man) is a 2005 Japanese film that flawlessly portrayed the otaku culture. It is a love story of a man who is otaku and a beautiful woman in which they encountered on the train. It was based on the true story of this one otaku who posted his series of stories on the Japan’s largest internet discussion board called “2channel”. The story starts off when the mains character, who is otaku saves a woman from harassment by a drunken man on the train. This incident gave an opportunity to go on a date together. In addition, the main character saved a person for the first time which the woman expressed her great gratitude to him. This film depicts the typical life of Japanese otaku but also a nice guy, who desires to lead a normal life but his shy personality hindering him from making a girlfriend and socializing with others but online.

Furthermore, during the first encounter the main character was amazed when he was asked for his home address by the woman because she wanted to give him a gift in return. After he gone home, he shared his experience with his fellows on 2channel, which he was nicknamed as “Densha Otoko (Train Man)”. Eventually, he received the gift in which his fellows online persuaded him to go invite her to a date. However, he himself being otaku had never experienced dating a woman so he asked for some advice on 2channel such as what restaurant should he take her to and what to talk with her.

Then, Denshaotoko finally broke out from his shell and after several months, he confessed his love to the woman. He realized that she was feeling the same way in which he rejoiced about it with his fellows online and this had spread quickly over the internet. The story of Denshaotoko is very heartwarming. The popularity of this film and the positive portrayal of the main character reduced negative stereotypes of otaku, which became socially acceptable. 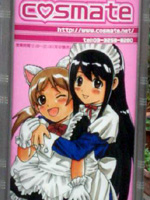 Halko Momoi, who is an anime voice/videogame actress and also a singer performed at the 14th Annual Honolulu Festival. It is no mystery that she is popular among otaku in Hawaii as well. She also has a fan-base in Hawaii, where there are many who are into anime and manga. In addition, there is an annual anime event called “Kawaii Kon” in Hawaii, where about 3,000 fans gather to enjoy concert, panel discussion, video games, cosplay and karaoke. The next Kawaii Kon will be held at the Hawaii Convention Center from April 18 to April 20.