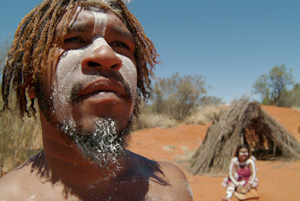 The group Descendance originated from the Ngaru Dance Company is Sydney’s first professional independent dancing group consisting of Aboriginal Australians and Torres Strait Islanders established in 1993. “Ngaru” means to “shake a leg” which is a dance style prevalent in the Cape York Peninsula in North Queensland. In 1999, the group’s changed to Descendance which was reorganized by accepting many artists from various tribes. Their motto is “One people fighting a common cause” which means to preserve and spread Aboriginal Australian culture and tradition. 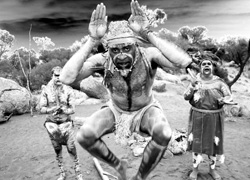 Also, the language spoken by the Aboriginal Australians does not relate to any other languages outside of Australia. It has been confirmed that there were 350 to 750 types of dialects during the 18th century. However, they were reduced down to 200 languages by the early 21th century. 20 of them are still been used, but the rest are considered as endangered languages. 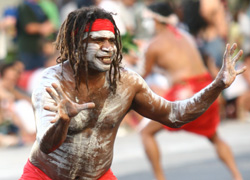 Furthermore, the music plays a crucial role in preserving the Australian Aboriginal culture. According to the Aboriginal legend, their ancestors transformed their appearance from an animal to a human which they started living in Australia and populated the region. Also, they laid down the rules so that their descendants can prosper. The ancestors left their power and wisdom through music and dance for the offspring to carry on.

Also, the didgeridoo is a wind instrument measures over 1 meter which is made out of trees that are 1500 years old. It can be used as a drum stick during singing and dancing. 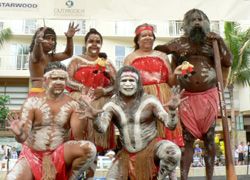 Jose Calarco, who is a director of Descendance created a new genre with his members that they never have done before, which was an exciting collaboration of dance and music with other cultures. They include flamenco, Indian, Middle Eastern, Native American, South American, Asian and African cultures in their performance.

Descendance is spreading their wonderful culture and music of traditional as well as contemporary Aboriginal Australians to Australia and the rest of the world. Once again you can watch their exciting performance at the Honolulu Festival. Please look forward to them!