The Film Festival was co-hosted by the Consulate General of Japan in Honolulu and Honolulu Festival Foundation on the 3rd floor of the Hawaii Convention Center for 2 days on Saturday, March 12 and Sunday, March 13. The following films were screened:

There were many interesting films compared to last year. Many have gathered to watch these films since the event itself was free admission for everybody regardless of one’s nationality and age.

On the second day, the Mayor of Chigasaki City, Nobuyuki Hattori greeted the audience before the screening the film Chigasaki Story. The story takes place in Chigasaki City, where there’s an inn called “Chigasakikan” which the famous Japanese film director named Yasuji Ozu stayed regularly to write the script. It is a humorous love story of 7 young men and women, which also depicts the lives of young generation.

The film was directed by Takuya Misawa, who is a rookie film director that hopes to spread the words about Chigasaki City in which he chose Chigasakikan as his filming location. His love for the city is apparent throughout his work.

The Mayor Hattori explained “Chigasaki City used to be an agricultural and fishing village where there were only a few residences. However, the temperament and the atmosphere of the city have been embraced to warmly welcoming the stranger, which is similar to Honolulu. The director Takuya Misawa successfully depicted the attractiveness of Chigasaki City”. 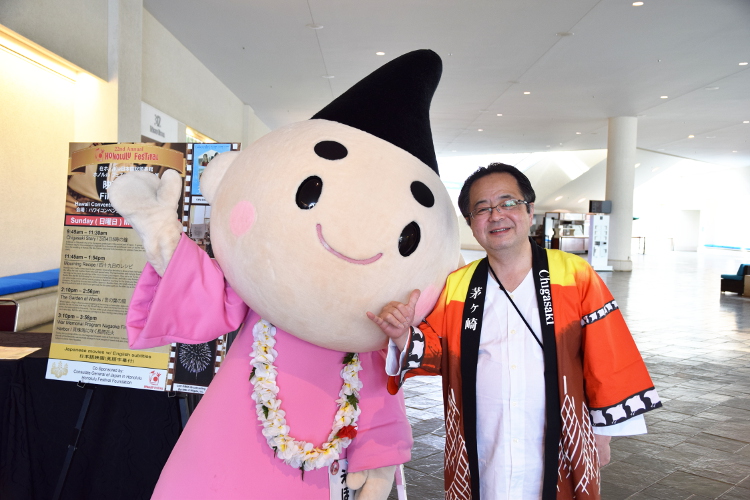 The city of Honolulu and Chigasaki City signed a sister-city agreement 2 years ago. Some may wonder why?

Traditionally, the sister cities of Honolulu were been selected upon historical ties to Hawaii. Despite of it, Chigasaki City was chosen because it shares mutual cultural values, which we hope for the audience to see on the screen. The present Mayor of Honolulu also agreed and said that the shared cultures and values are the reason behind the signed agreement.

The scenery, atmosphere and human empathy of Chigasaki City was surely depicted on the silver screen which reminded of Hawaii. All the seats were full for the other films as well. 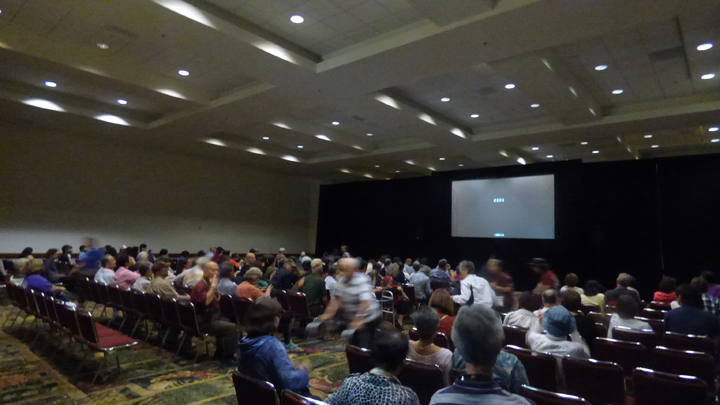 The film War Memorial Program Nagaoka Fireworks in Pearl Harbor is a documentary of cultural exchange between the students of Hawaii and Japan, which the audience watched thoughtfully as it discussed its importance.

Furthermore, “ramen” or noodle is one of the Japanese cultures that is loved by the locals of Hawaii. The film The God of Ramen- Secret of 50-years-old Higashi-Ikebukuro Taishoken is a documentary about the life of a famous ramen chef, who owns his restaurant called Taishoken in Higashi-Ikebukuro. It’s not too much to say that he led the Japanese ramen industry to this day, which intrigued many of the local audience.

In addition, some of the audience made a sound of exclamation after witnessing such a large bowl of ramen on the screen which is rare in Hawaii.

The best part about the Film Festival is that you can learn about various cultures and mesmerize yourself through watching the films without having to travel overseas. This event itself can serve as a place for cultural exchange which can be a catalyst for the actual involvement and interaction. The tip to world peace is hidden under learning and accepting other cultures.

We would like to thank the Consulate General of Japan in Honolulu for agreeing with our vision of cultural exchange and for holding the Film Festival.